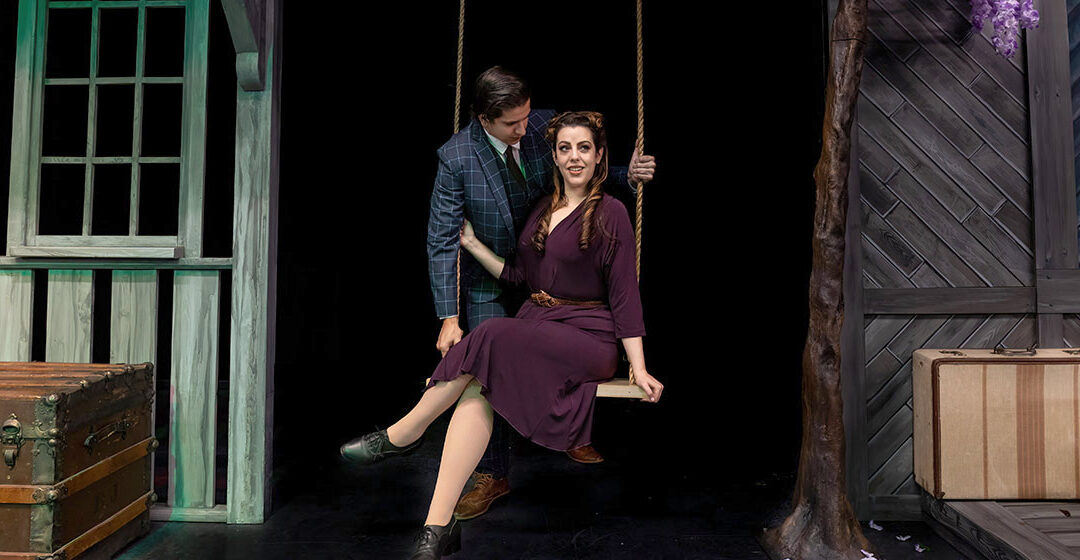 Thingamajig Theatre Company’s Broadway in the Mountains summer season begins on Friday, June 3, 2022, with the opening of “Bright Star”.

Directed by Andrew Barratt Lewis and starring Allie Tamburello, the story of “Bright Star” was inspired by a real event told in the song “The Ballad of the Iron Mountain Baby.” Written and composed by Steve Martin and Edie Brickell, the story takes place in the mountains of North Carolina bouncing between the years 1923 and 1945 exposing southern family secrets. The emotion filled melodies and lyrics of “Bright Star” weave a story of love, hope and redemption.

When literary editor Alice Murphy meets a young soldier just home from World War II, he awakens her longing for the child she once lost. Haunted by their unique connection, Alice sets out on a journey to understand her past — and what she finds has the power to transform both of their lives. With beautiful melodies and powerfully moving characters, the story unfolds as a rich tapestry

Rather than offering an historically accurate re-telling of the legend of ‘The Iron Mountain Baby’, the musical takes the tragic circumstances from the original tale and creates a completely new sequence of events that could have also transpired with a similar start.

Bright Star will have seven performances in June on Friday and Saturday nights at 7pm.

If you have already purchased season tickets please be sure to secure your seats for the performance you plan to attend. Call the Box Office at 970-731-SHOW (7469) to reserve your seats.