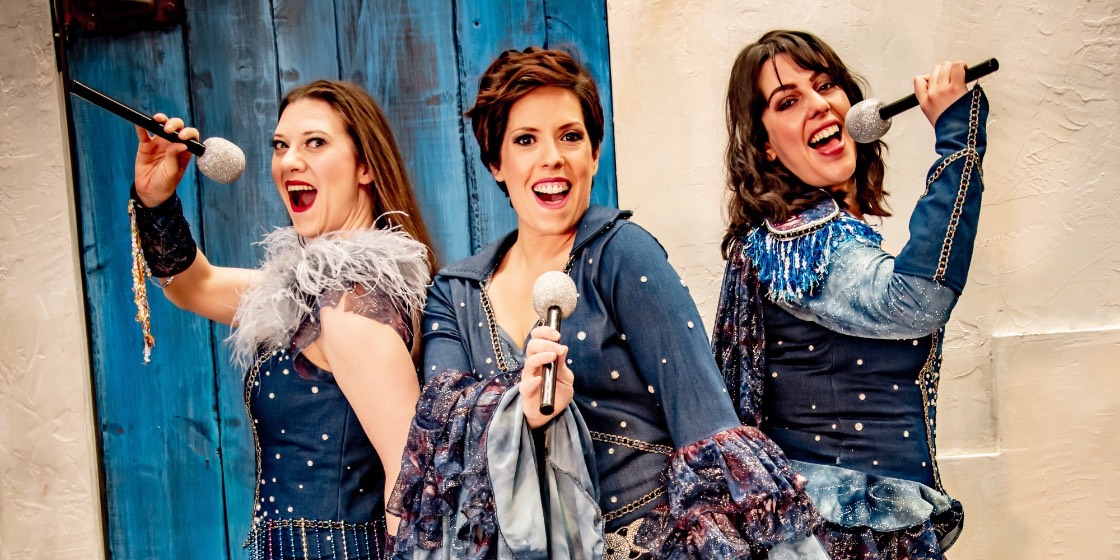 Music And Lyrics By Benny Andersson And Björn Ulvaeus; some songs with Stig Anderson
Book By Catherine Johnson; Originally Conceived By Judy Craymer

ABBA’s hit songs help illustrate tell the hilarious story of a young woman’s search for her birth father. This sunny and funny tale unfolds on a Greek island paradise. On the eve of her wedding, a daughter’s quest to discover the identity of her father brings three men from her mother’s past back to the island they last visited 20 years ago.

The story-telling magic of ABBA’s timeless songs propels this enchanting tale of love, laughter and friendship, creating an unforgettable show. A mother. A daughter. Three possible dads. And a trip down the aisle you’ll never forget…

ABBA, the Swedish band active from 1972 to 1982, was one of the most popular international pop groups of all time, with songs topping the charts again and again in Europe, North and South America and Australia. Following the premiere of Mamma Mia! in London in 1999, ABBA Gold topped the charts in the United Kingdom again. The musical includes such ABBA hits as “Super Trouper”, “Lay All Your Love on Me”, “Dancing Queen”, “Knowing Me, Knowing You”, “The Winner Takes It All”, “Voulez-Vous”, and of course, the title track, “Mamma Mia”. Over 60 million people have seen the show, which has grossed $2 billion worldwide since its debut. Mamma Mia! has been played in more than 50 countries in all 6 continents, and has been translated into 26 languages.

“Mamma Mia!” will take place in the Pagosa Springs Center for the Art’s Black Box Theatre located in the back of our theatre.